2018 Society of Seniors Players of the Year

The Society of Seniors announced today its 2018 Players Of The Year. The SOS recently concluded the 2018 schedule of events with the Ralph Bogart event, played at the Hammock Bay Resort, Naples, Florida.

Doug Hanzel, Savannah, GA, a six time SOS Champion joins Rusty Strawn, McDonough, GA as Senior Co-Players of the Year. Hanzel, the 2013 US Senior Am Champion only played twice in 2018, but a third place finish at the Tutwiler in March and a win at the Dale Morey in October earned the 61-year-old enough points for a share of the honor. Rusty Strawn, did it the old fashioned way by logging 3 top five finishes; a T3 at the Hesler, a T2 at the Morey and T2 at the Bogart. Both Strawn and Hanzel finished the year with 350 points. New SOS member Ken Kinkopf, Dublin, Ohio finished the lone runner-up in the Senior Division with 310 points.

Evan Long, Charlotte, NC, the 2017 SS POY, continued his good efforts with a tie for second at the Spring Classic, a sixth place finish at the John Kline, a 3rd at the Senior Masters and a 6th at the Hesler. Added to those were top 15 finishes at both the Founders and Bogart. Long, the 2017 SS Fall Classic Champ, was able to amass 440 points for the title. Jerry McMullen, Carmel, IN, playing in five events this year, made impressive finishes at the John Owens (T8) and the Bogart (T2). His 375 points were good for second place in the SS POY sweepstakes.

Rick Kline, Pinehurst, NC took the GM POY with four top five finishes in 2018, including a win at the 2018 Hesler. Kline started the year with a T3 at the Spring Classic and a T11 at the John Kline. Bracketing his win at the Hesler, Kline completed the year with at T4 at the SOS Championship and a T3 at the Founders. For his efforts, Kline earned an impressive 580 points. Johnny Blank, Frostburg, MD, riding a T6 finish at the SOS Championships and a win at the year-end Bogart, was able to secure 405 points, good for runner up honor.

Congratulations to the 2018 Players of the Year!! 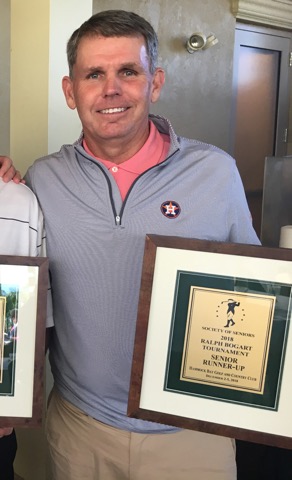 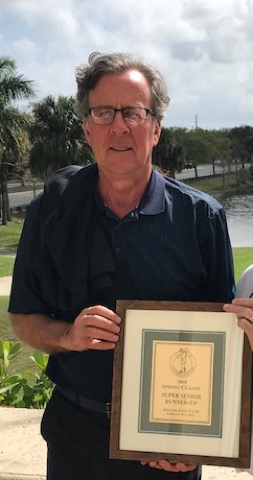