The Society of Seniors’ Dale Morey Championship returned to the historic Pine Needles and Mid Pines Resorts for a record fourth time. A jam packed field competed in the 54-hole event under Carolina blue skies amidst towering pines, and sand hills.

Pine Needles is the first golf resort to be awarded four U.S. Women’s Open Championships. The first U.S. Women’s Open Championship was held in 1996 with Annika Sorenstam as the eventual winner. Karrie Webb won in 2001 and Christie Kerr in 2007. Pine Needles will again host the Women’s Open Championship in 2022. Mid Pines, perfectly preserved, designed by Donald Ross in 1921, is a prestigious golf course design capturing the essence of the wee Scott. The Mid Pines course remains “pure” and all but disappears into its natural landscape. Mid Pines is ranked in the Top 25 of Golfweek’s “Top 100 Courses in the USA” and is rated as the #2 course in North Carolina. Doug Hanzel, Savannah, GA shot a final-round 71 at Pine Needles Golf Club to erase a four-shot deficit and post a one-shot victory over new SOS member John Wright, Fairhope, Al and Keith Decker, Martinsville, VA. Alone in fourth was also a new member, Edward Hargett, Blythwood, SC.

Hanzel opened with rounds of 72-75 but found himself four shots back of overnight leader Wright. Hanzel gained three shots on the inward nine, including a birdie on the 18 for a 218 total and the win.

Hargett was next at 220, followed by Mark Knecht, Paducah, KY at 221 and Steve Maddalena, Jackson, MI at 221. Maddalena’s final round 4-under 67 was the low round of the event.

In the Super Senior division, Stephen Fox, Barboursville, WV completed a wire-to-wire win with a 1-over 72, finishing at 3-over 217, seven shots ahead of Don Russell Tequesta, FL. It was a first SOS win for Fox.

In the Legends division, Ron Johnson Walnut Creek, CA outdueled Rick Kline (Pinehurst, N.C.) for a two-shot win at even par after both players entered the round tied at the top. Johnson adds this title to consecutive SOS Founders Cup wins, for a total of three SOS victories. 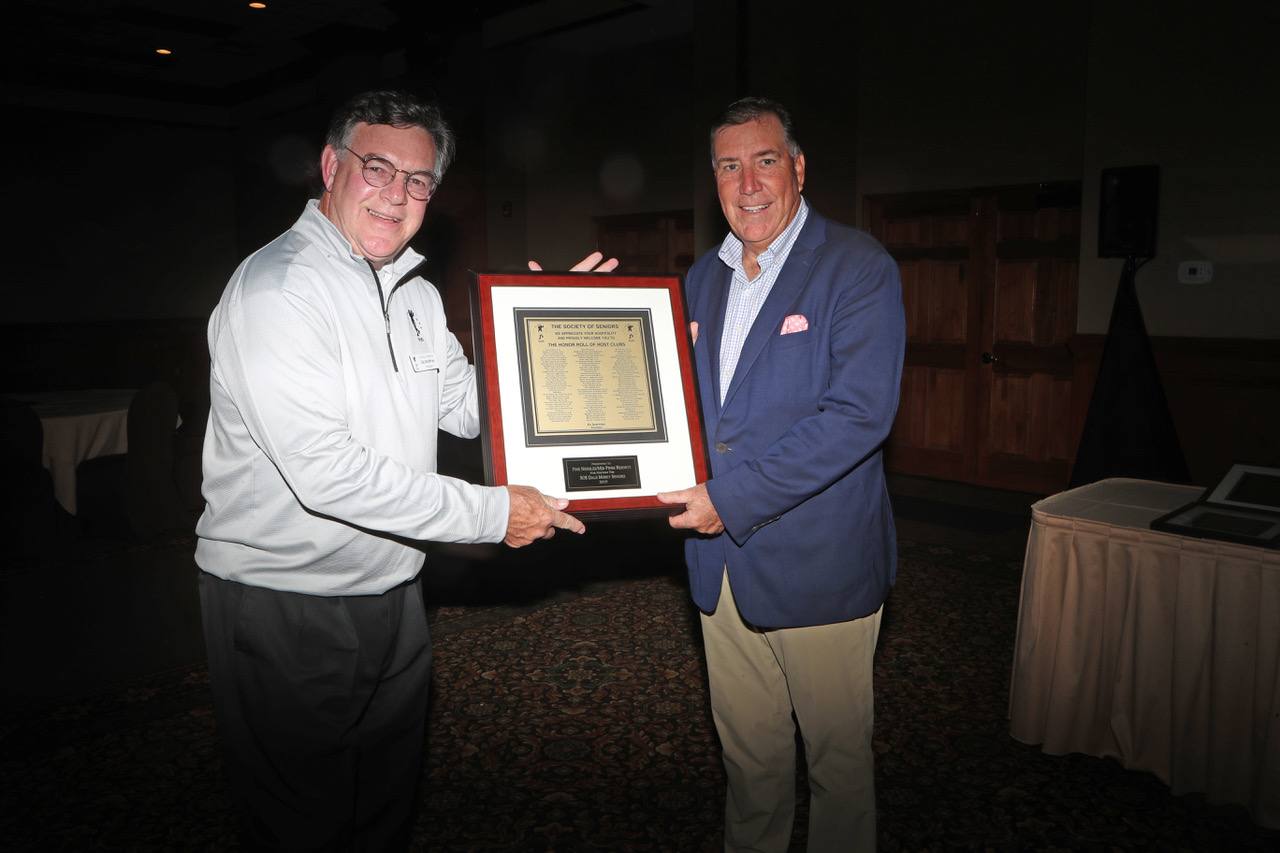