The 2020 Dale Morey Championship returned for a sixth time to the home of the Society of Seniors, The Club at Quail Ridge. Quail Ridge has hosted this event in 1999, 2002, 2006, 2010 and 2014. Each and every time the SOS has visited the Boynton Beach golf community; it has been a memorable event.

As usual, the Quail Ridge members were out in force, attired in Carolina blue shirts in honor of the late Charlie Price. Price was a long time member of the Society and Quail Ridge serving as the chairman of this competition many times. Charlie Price passed away this summer. The players joined the members in solidarity by honoring Charlie with a blue ribbon on their hats.

Russo continued his fine play with a second round 68, the low round for the senior division during this event. Greg Sanders, Anchorage, AK posted a 3-under 69, while Ken Kinkopf added a second 71. Russo at 138, Kinkopf at 142 and Steve Harwell, Mooresville, NC at 145. This was Harwell’s first SOS event.

With a four-shot lead, Daniel Russo had a simple plan in the final round. “Get off to a good start,” Russo said.

Russo made birdies on the first two holes and never looked back. His final 1-under 71 and 209 total was good for a 5-shot victory over Kinkopf (214) and Brian Keenan, Tampa, FL (214). Maddalena and Harwell finished in a tie for fourth at 1-under 215. 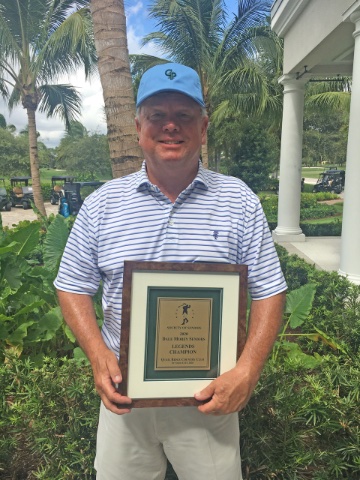 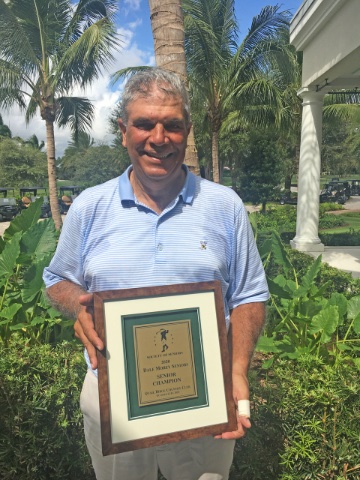 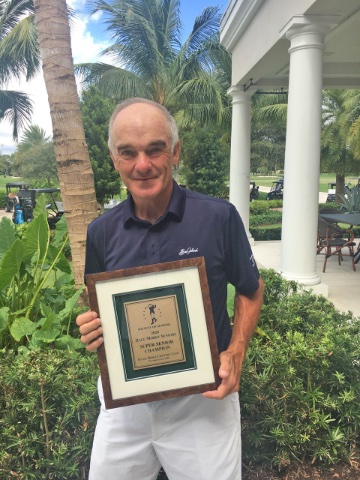