The Abacoa Golf Club, Jupiter, Florida once again acted as host to the 2020 Spring Classic. A full field of 96 players competed in near perfect conditions. The course was superb with exceptional greens and fairways. Twenty-four sub par rounds were posted during the event, including a 2-under par 70 final day score for 83-year-old Charlie Busbee.

2019 Senior Player of the year, Ken Kinkopf, Dublin, OH, picked up where he left off in 2019, starting the final round bunched in a four-way tie for the lead. Included in that group was SOS first time player Michael Kelley, Westerville, OH, Robert Funk, Canyon Lake, CA and Steve Cannady, Pooler, GA.

In the final, Kinkopf, a four-time Society of Seniors winner in 2019, watched as Kelley birdied the 3rd and 4th holes to jump two ahead. But the methodical Kinkopf erased the deficit with birdies at 7 and 8, and then pulled ahead for good with a birdie on the par-5 10th hole. Kelley was unable to catch Kinkopf on the backside. Kinkopf's 212 total (73-70-69) was good for a two shot victory over Kelley’s 214 (71-72-71).

Charles Busbee, Stockbridge, GA threw a nifty 2-under par 70 final round (220) to win the Super Grand Masters by fifteen shots. Busbee posted rounds 77-72-70. When asked why he hits so many practice balls, Busbee responded, “I’m not as good as the rest of you fellows, so I have to try harder.” This is Busbee’s second win in 2020. 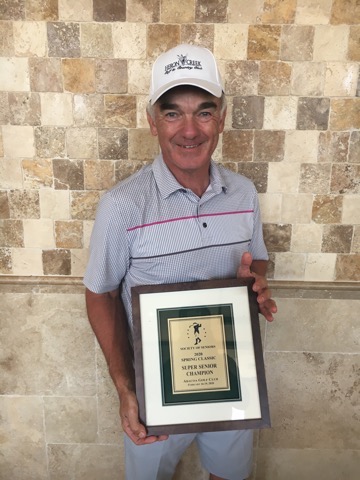 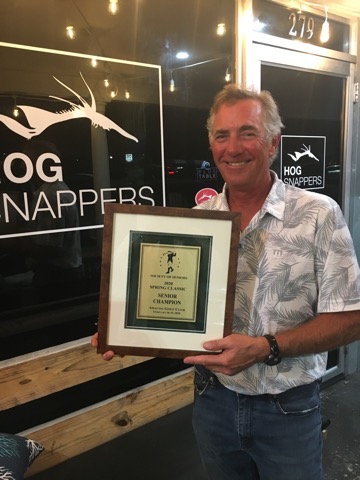 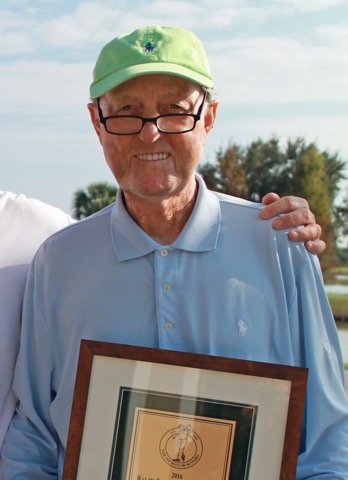