The weather was perfect and the course was perfect. The week included three holes-in-ones. Paul Schlachter, Bridgeville, PA on the 145 yard 13th, Tim Pope, Spartanburg, SC on the tricky 160-yard 7th and Charlie Yandel1, Cashiers, NC on the long 200-yard 17th. Congrats to all.

Paul Simson lost the 2020 National Super Senior Championship to Chip Lutz by a single shot. The epic duel was held at the Forest Creek Golf Club in Pinehurst, as the Society of Seniors celebrated the inaugural NSSC.

This year was a different story. Simson was determined to set the pace for a better outcome over the slick greens and near perfect fairways at CCC.

Simson’s opening round three-under 69 was one shot better than Jeff Burda, two shots clear of Williamsburg, VA’s Dave Pulk at 71 and six shots better that his old foe, Chip Lutz. Lutz was on the outside looking in, but was by no means finished.

Burda raced to the lead after round two with a 69 of his own to find himself at the top of the leaderboard at 139. Pulk was next at 142 after a second straight 71. Simson stumbled a bit, posting a 75 for a 144 two round total. Lutz was able to claw his way up the standings with a fine two-under 70 and a 145 total.

When Columbus CC hosted the 1964 PGA Championship, only one player reached the 530-yard par-five final hole. The player’s name was Jack Nicklaus at the peak of his game. Young Mr. Nicklaus figured he needed an eagle or at least a birdie to get within reach of eventual winner Bobby Nichols.

Fast-forward 57 years to September 30, 2021. Another man, a bit older than Nicklaus, named Simson also figured on reaching the long 18th in two. Simson’s second found the surface. Paul’s resulting three-putt was still good enough for a final round 73 and a one-over 217 total for the title. The hard charging Lutz was next at 218 with a nice finishing 73. Also at 218 was Burda, closing with a 79. Dave Pulk finished fourth by himself at 220. Tied for fifth at 222 was Yandell and long time Florida Gators golf coach and 1986 US Amateur Champion Buddy Alexander. 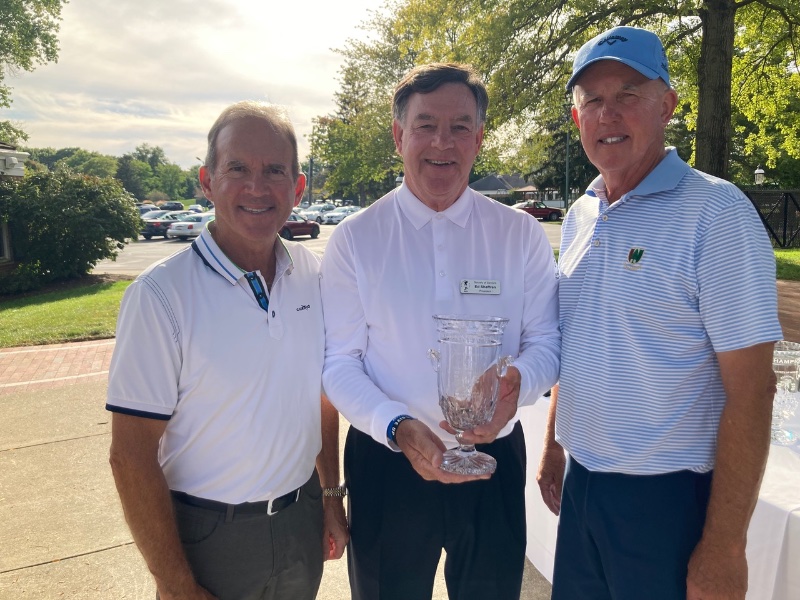